​​Frances Hayden is of counsel to Peter Law Group where she provides advice and legal services to Peter Law Group clients who are seeking representation in matters involving United States Immigration Law and Consular Processing of Visas of all types.

Ms. Hayden has spent her professional career helping clients achieve their immigration objectives. Prior to beginning the practice of Immigration Law, she worked in the area of Entertainment Labor Law. Once she began her immigration practice, Ms. Hayden worked in all areas of immigration including Removal Defense, Asylum, Labor Certifications, Resident Applications for Multi-National Executives, Artists and Entertainers, and Professional and unskilled workers as well as Family-Based Immigration. She has handled all varieties of non-immigrant immigration applications for applicants of all types, including Representatives of Foreign Media, Temporary Workers under Nafta, and other free trade treaties, H-1B Specialty Workers, Nonimmigrant Investors, Students, and Applicants for visas based on Extraordinary Ability.

For much of her career as an immigration attorney, Ms. Hayden has focused on consular processing of non-immigrant visas at U.S. Embassies and Consulates worldwide, with a special emphasis on third-country national visa processing. Ms. Hayden is on top of all current visa regulations and ongoing policy changes at multiple U.S. consular posts worldwide. For several years, she co-authored the chapters on visa processing in Mexico City, Guatemala City, and Seoul, South Korea for “The Visa Processing Guide,” a useful practical handbook for other immigration attorneys to use in the area of consular processing.

​She has been a featured speaker and moderator at numerous immigration-oriented conferences, including the American Immigration Lawyers Association (AILA) National Conferences on topics such as “Consular Processing Tips: What Works and What Doesn’t” and Legal Education Seminars offered by such organizations as Immigration Lawyers on the Web (ILW) dealing with broad-ranging subjects like “What’s New in Consular Processing, NIVs, IVs and Waivers,” as well as “Business Immigration in the Era of Enforcement.”

Ms. Hayden is fluent in Spanish.

Each of our attorneys has a specialized skill set that has developed from each one’s background, experience, strengths and interests. Whether they are handling matters individually or collaboratively, each of our attorneys’ talents are utilized to ensure success in whatever issue is being addressed.

​Eyal Farahan is an associate attorney at Peter Law Group, with a primary focus on employment litigation and entertainment transactions. He has worked extensively on matters involving wage and hour violations, corporate formations and filings, and contractual disputes in the realm of entertainment. Mr. Farahan has prior experience offering personalized business and real estate related legal services for individuals, business entities, and homeowners associations, including their members and managers. He also has experience in debtor negotiations pertaining to debt collectors, lending institutions, mortgage servicers, the IRS, and the California Franchise Tax Board. Additionally, Mr. Farahan previously externed at the Los Angeles County District Attorney’s Office, White Collar Crime Division, focusing specifically on real estate and mortgage fraud.

Mr. Farahan earned his J.D. from Southwestern Law School’s two-year accelerated SCALE program, his M.B.A. from the Drucker School of Management at Claremont Graduate University, and his B.A. in Economics from Indiana University. He is admitted to the State Bar of California and the United States District Court for the Central District of California.

A native of Indianapolis, Indiana, Mr. Farahan enjoys traveling, sports, and politics. He is fluent in Hebrew and Farsi. 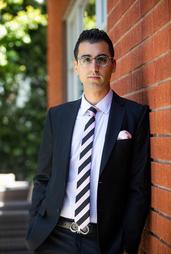 ​Arnold P. Peter has a unique combination of specialized legal and business experience with national law firms, the public sector, and international companies. He divides his practice between employment matters and complex entertainment transactions and litigation. He currently represents a variety of clients for litigation and transactional matters, including clients in television and cable, new media, location-based entertainment, hospitality, real estate, and franchising.  Mr. Peter is one of the most prominent attorneys assisting Indian and United States based clients, navigating the interaction between Hollywood and Bollywood in a vibrant India practice.

Mr. Peter began his legal career at New York based Cadwalader, Wickersham & Taft, the nation’s oldest Wall Street firm, after completing a clerkship with the Honorable Edward Dean Price, United States District Judge for the Eastern District of California. He later served as Director of Labor Relations for Universal Studios. Soon he was promoted to Vice President of Legal and Business Affairs for Universal Studios. He later served as a Partner and Chair of the Entertainment and Media Practice at the international law firm of Locke Bissell & Brook (now Lord Liddell LLP).

​Mr. Peter has published numerous articles in law reviews and journals and industry publications. He is a frequent lecturer and media commentator on legal and business issues and has been featured on CNN, MSNBC, Fox, and various international news outlets.

​​Alexandra Balinsky, an Associate Attorney with the Peter Law Group, represents a wide variety of clients in litigation and contractual matters. She is well-traveled and multilingual in English, Russian, and Polish, as well as her native Ukrainian. Ms. Balinsky brings with her a diverse array of experiences and capabilities.

Prior to emigrating to the United States, Ms. Balinsky was a member of the renowned Virsky Ukrainian National Dance Company. She participated in numerous world tours, performing at prestigious venues, and garnering accolades from audiences and critics alike.

Ms. Balinsky grew up in Ukraine, which shares a troubled border with a nuclear superpower. Therefore, even when she was pursuing her artistic ambitions, she considered becoming an attorney as her ultimate goal was to help the vulnerable and the marginalized.

Ms. Balinsky was awarded a Juris Doctor degree from California Western School of Law in San Diego, winning two scholarships and earning the Dean’s Honor List designation. In the course of her legal studies, she worked as a Clinical Intern with the California Innocent Project, contributing to the organization’s mission of freeing the wrongfully incarcerated. Traveling to London, she studied international law, comparative immigration and asylum law, and criminal trial practice with the Mitchell Hamline School of Law.

In tandem with her legal career, Ms. Balinsky remains passionate about the creative arts and sports. She is currently a Certified Judge as a member of both the US Figure Skating Association and ISI Figure Skating, presiding over competitions to inspire a new generation of artists and athletes.

​​Prior to practicing law, J. Charley Londoño was a music industry executive, having worked in the radio promotion departments of major label record companies (Arista, A&M, IRS, and MCA). He primarily practices in the areas of music, film, television, and new media. Mr. Londoño counsels both companies and individuals regarding entertainment transactional issues. His practice concentrates in the protection, clearance, licensing and distribution of intellectual property rights for music, film, television, and varied digital platforms. Mr. Londoño is a member of The State Bar of California and The Florida Bar, and former president of The California Copyright Conference. 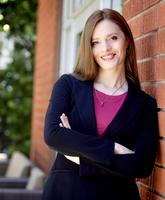