A California correction officer who said she fell while responding to a fight between inmates at a maximum-security prison, causing her to subsequently lose her child, filed a discrimination lawsuit Tuesday claiming state prison officials wouldn’t provide reasonable accommodations when she was pregnant.
“It puts women like Sarah in a very terrible situation having to choose between their family and their job,” said her attorney, Arnold Peter. “She and her husband are going to have to live with that for the rest of their lives.”  READ MORE​

It’s always been Ellen and her lawyers’ belief that they will be able to prove the storyline was orchestrated. Ellen is represented by Arnold Peter and Marcus Lee of the Peter Law Group. READ MORE​

Snoop Dog's former bodyguards have sued the rapper for $3 million, claiming he overworked and underpaid them. The plaintiffs say they were fired in early 2014 after complaining to the rapper about their working conditions. The bodyguards are represented by Marcus Lee of Peter Law Group. READ MORE​

Two weeks after a former Los Angeles Unified School District employee blew the whistle on his former employer in how it handled civil lawsuits involving the Miramonte Elementary School sex abuse scandal, the district's general counsel gave an exclusive interview with NBC4.
​Former employee's attorney, Arnold Peter of the Peter Law Group, says his client would drop his claim if the district would come clean and give him his job back. READ MORE​

Arnold Peter told me today: “Contrary to the hope of the Kardashians’ legal team, the ruling has trimmed the excess of this lawsuit and focused the parties on the core issues.  This case has been and continues to be about ensuring that the Kardashians follow the law just like everyone else.  They cannot hide behind their television show as justification for making defamatory statements about those around them for purposes of ‘entertainment'”. READ MORE​

The Fresno, California, commercial painter learned this week that what was in those boxes he paid $45 dollars for a decade ago could be worth more than $200 million.
Arnold Peter is the lawyer who led the effort to authenticate, that the negatives were made by the man known as the father of American photography. Mr.Peter put together a team of experts, including a former FBI agent. Together they came to the conclusion that those images were, in fact, the long-lost images of Ansel Adams.​ READ MORE​ 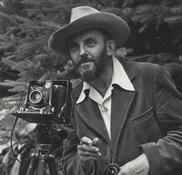 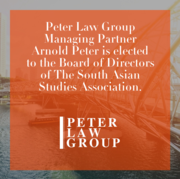 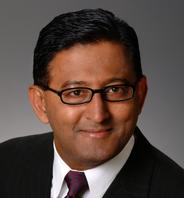 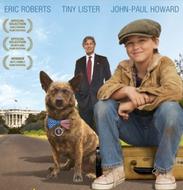 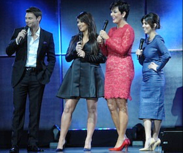 In announcing Mr. Peter’s election, SASA Chairman of the Board & CEO, Ken Silverman stated, “In recognition of Arnold’s vast experience and record of service to the South Asian legal, business, and cultural communities, we are honored to welcome him to SASA’s Board.  I have known and worked with Arnold for well over a decade, on multiple initiatives, and I am delighted that he has graciously agreed to share his time and talents on behalf of SASA.”  READ MORE​

US entertainment executives lament tough conditions in Bollywood, said panelists from the entertainment world at a conference organized by the US-India Business Council (USIBC), in Manhattan, last week. “There are no tax incentives in India, and financing is a big issue,” Jai Khanna of Brillstein Entertainment Partners  replied, when asked by the moderator, Arnold Peter, Founding Partner of the Peter Law Group, who has served as interim President of YRF Entertainment, the US division of Yash Raj Films​​. READ MORE​

“This case is about gender inequality in the workplace and the tragic price one woman had to pay in order to secure her position on the playing field,” said Arnold P. Peter, attorney for the plaintiff. “The callous indifference exhibited by the CDCR and the State of California placed Sarah in the impossible position of choosing between her career and her family. No man would ever be asked to make this terrible choice.”  READ MORE​ 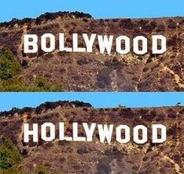 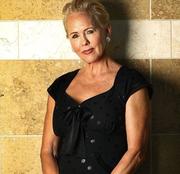 The chief risk manager Los Angeles Unified School District claims that he was fired after blowing the whistle on "corruption and cronyism" in the district's public law office. Being represented by Arnold P. Peter at Peter Law Group, he is now seeking $10 million in damages in Superior Court. READ MORE​

Bryan Michael Stoller claims that Screen Media Ventures and others improperly sold his movie for less than it was worth and what he had been promised. Mr.Stoller is represented by Arnold Peter, Maurice Pessah and Marcus Lee of the Peter Law Group​​. READ MORE​

Few people are better placed than Arnold Peter to advise Indians making English-language films for global markets. His Indian heritage has put him in a position to rep such entities as Yash Raj Films for $42 million action-thriller “Dhoom 3,” the most expensive film made in India and the first to shoot on Imax. He also handled a distribution deal between Fox and the producers of Bollywood comedy “3 Idiots,” and legal work for “Broken Horses,” financed and co-produced by Indian conglom Reliance​. READ MORE​ 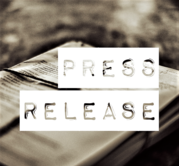